Social media has become an essential tool for content marketing. According to a report by the Ministry of Internal Affairs and Communications in Japan, the percentage of companies and individuals using social media is on the rise. This presents any marketeer with a research opportunity that is representative.

Social media is used to create and maintain connections between individuals, but compared to the United States, Germany, and the United Kingdom, it has been reported that more people in Japan use social media for the purpose of “information gathering” than for connecting with people.

In this article, we discuss Twitter, which has a particularly large number of users in Japan.

Twitter, as I’m sure you know, is a service for posting short sentences; 140 characters in Japanese. This can also include images and videos. By using the “Retweet” function, you can instantly share other posts that you are interested in with your followers. In Japan, where natural disasters are common, it is also used as a means of keeping up-to-date information on the situation in each region in real-time when a disaster occurs.

With 330 million monthly active users worldwide and 45 million in Japan (14%), it continues to enjoy strong popularity in Japan.

Although Twitter is mainly used amongst the younger generation, there is an increasing number of users in their 30s and 40s, and the gap between men and women is getting smaller as the number of female users increases. A unique trait to Twitter users in Japan is that few people use it under their real names. Many of accounts are anonymous. As a result of this, tweets tend to show the user’s daily life, interests and concerns, and their true feelings about a product or service. This strengthens the usefulness of marketing initiatives resulting from social listening.

In Japan,  many people have multiple accounts, usually one for private use and one for work. Some of them are influencers with vast numbers of followers and engagements.

Then most businesses also have twitter pages. The ones that do well interact with their followers and take advantage of Twitter’s unique connections. 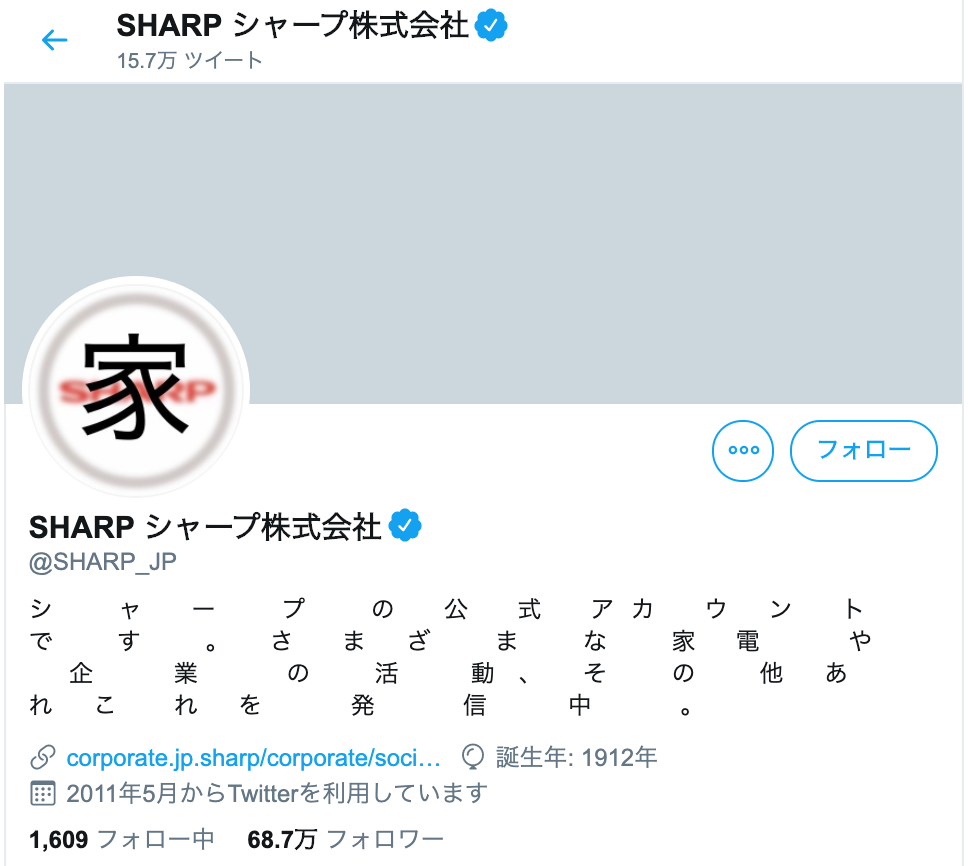 An example of a successful business account is Sharp (image above).  They recently changed their profile image to the above amid calls for the need to refrain from going outside due to COVID-19. They are also supporting social distancing by putting spaces between the characters in the profile which has become a hot topic among followers.

While there are notable examples of B2C use, there are also B2B companies, such as Fusehatsu Kogyo, that post tweets specific to the content of their products, successfully reaching out to the general audience and gaining general followers.

As you can see, Twitter in Japan is an effective tool for B2C products and services, especially those targeting the younger generation. As well as this you can use Twitter to understand a wide range of opinions and to connect with your audience.